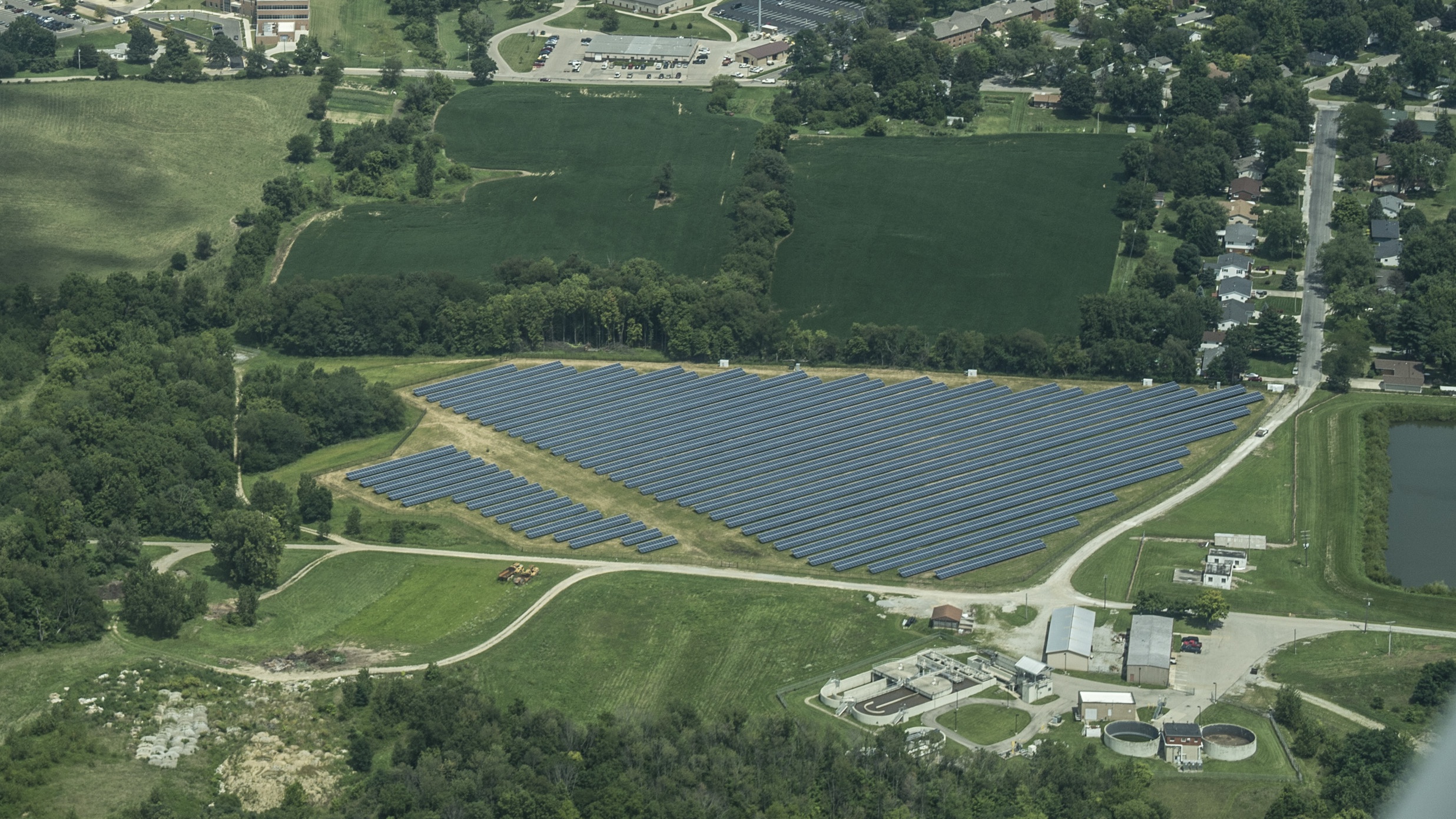 CEDARVILLE, OHIO – January 9, 2013 – Cedarville University will soon receive clean, renewable energy from the sun.  On December 31, 2012, the financing package was finalized, setting the stage for construction in early January 2013 for a 2,154 kilowatt solar array on the southwest edge of campus. Power is expected to begin flowing in April.

The system will include monitoring and display features that support the University’s curriculum.  Also, the energy produced would be sufficient to serve the needs of 250 homes and provide cleaner air by removing over 2,478 metric tons of CO2 from the atmosphere each year.

“Cedarville University has been pursuing ways for the engineering department to use renewable energy as a teaching tool in the classroom,” said William E. Brown, Ph.D., president.  “This is a great opportunity for our students, but also for the Southwest Ohio region.”

Cincinnati-based Melink Corporation, the developer of a similar project for the Cincinnati Zoo, is the developer of the project.  It will perform the engineering, procurement, and construction services, as well as financial arrangements.  Melink’s partners include U.S. Bancorp, Union Bank & Trust, DP&L Energy, Yellow Springs Renewable Energy, TMI Electric, and the Village of Cedarville.

Cedarville University has been using solar technology in its academic curriculum for many years. Engineering faculty have incorporated the technology to advance missions-minded projects in Liberia and throughout the world, while the University’s engineering students have won six World Solar Splash boat competitions.

“Melink is proud to serve as the developer for this largest-of-its-kind solar PV installation in Ohio,” said Steve Melink, President of Melink Corporation.  “Hopefully, it will inspire other schools and universities to consider clean and affordable renewable energy solutions.”